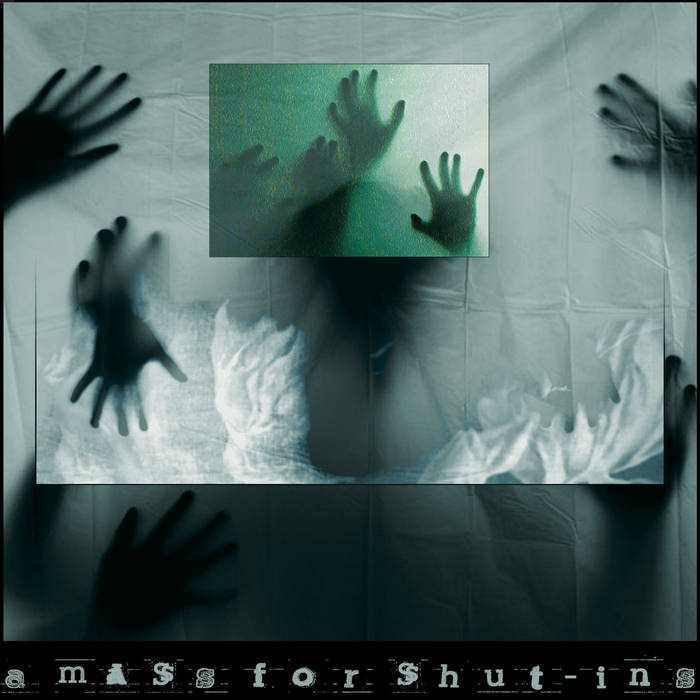 The Creeping Man At times both soothing and menacing, A Mass for Shut-Ins is the perfect soundtrack for dark, rainy nights. Wonderful atmospheres! Favorite track: [B].

DT BR We are all hermits now Favorite track: [A].

A MASS FOR SHUT INS

we are all shut-ins, no matter if in our homes, whatever they are made of or who they belong to. cells, blocks, chambers, storage units, shelters, even when homeless - in most ways we are isolated from each other, most of us will never see each other, really. we can only communicate by knocking on the pipes in the walls at night, making a ruckus at the windows without knowing if someone is looking, sometimes we wave a burning sheets, hoping that the sparks will ignite an uprising and from that maybe liberation..

on some days we can hear somebody rattling their cage’s bars and more people joining in, that’s when we feel unity, a connection between the inmates, the prisoners and the ones buried under burdens, too heavy to throw off their shoulders on their own, sometimes even with the dead and gone.

a signal flare shot into the darkness when lost at sea, most likely the last one, the next one will be the burning sail. the pinging of the echo-sounder, while on a deep leaden plunge into the abyss, hoping for a reflection, a rock, a cliff, something to hold on, even if it is just another one on the way down or will that make the dive faster?

who are the blibs we sometimes see on our radar, how do others read their scanners and receivers. cryptic languages only comprehensible when run through individually set heavy distortion input-filters. the listener determines the meaning of what has been said, always.

do you have something to say, would you like to echo or distort my message? this is my signal flare, my burning bed-sheet dangling from my cell. please see it, it means i want to get out.

speak to me - listen to me.
let’s be loud together.

WE ARE NOT ALONE.

Many thanks for the echos and signals to:
Draaier, cowp, Clive Henry, Concrete/Field & MYRKR

The font on the cover is BAD RUBBER created by JOINED BY WIRE, thanks.
The covers were kindly printed in a clandestine mission by MYRKYR. kiitos.

This is a TOTES FORMAT release from the plague year 2020.
totes-format.tk