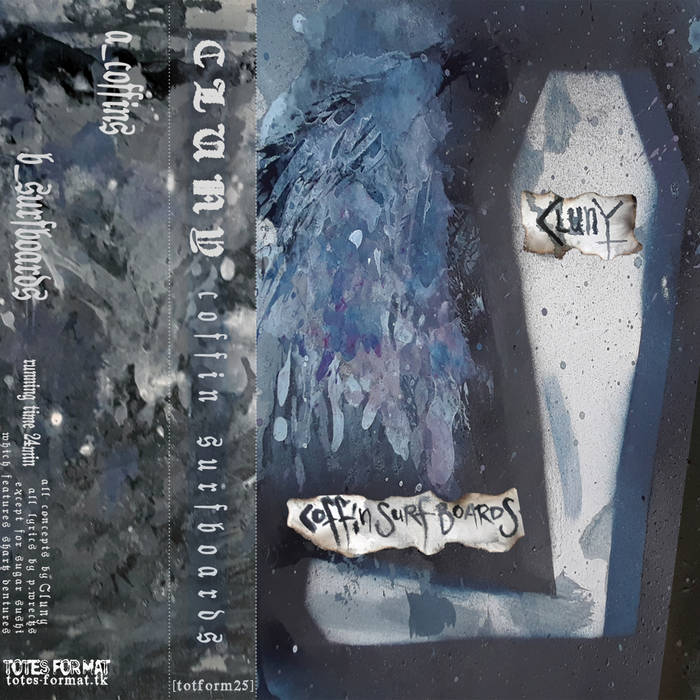 TOTES FORMAT is proud to present you CLUN¥ - COFFIN SURFBOARDS another beautiful sonically dusty project by P.WRECKS from Seattle. Visit pwrecks.bandcamp.com for download.

This is creepy-crawl basement hip-hop.
Let yourself get lured into debris ridden back-yards,
where the black-clad kids are crouching around trash fires.
Hooded they are spitting slow motion rhymes into the raising fumes,
while the environment is humming with muffled industrial noises.
Revisit them in forgotten space-stations with all air-scrubbers broken,
drifting through the abyss of the universe like a DARK STAR.
Time to put on your walkmensch's headphones
and take a nap in a malfunctioning cryo-tank,
contemplating "insect politics".

"Take laudanum with our tea to easel
the leaves reason to each other their own convincing
diluted illusions of future prediction
luminaries, leagues under living quarters
death and resurrection are your own invention."

A familiar landmark, forgotten per occurrence