Not the Original Motion Picture Soundtrack to the Anthropocene 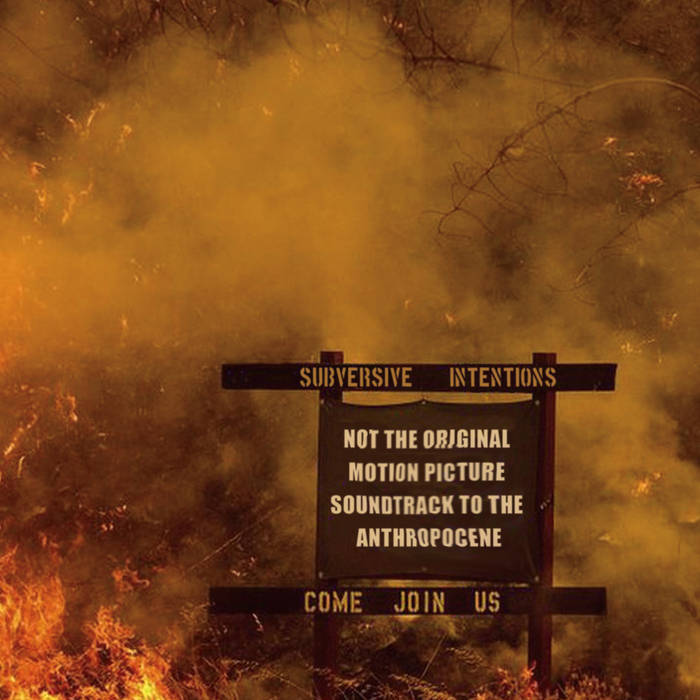 TOTES FORMAT is re-releasing this recent work by SUBVERSIVE INTENTIONS, who have previously contributed to the SOLIDARITY IS OUR WEAPON anti-repression benefit compilation. This new work suits our general approach to the world very well and i am happy to make it available on this side of the pacific as well. Thanks to SUBVERSIVE INTENTIONS and HISTAMINE TAPES.

A few years ago I got all nostalgic for the early Subversive Intentions sound. I set out to recreate that lo fi characteristic by doing an album only using my cell phones internal mic to capture sound. It turned out that those mics (this albums production spanned the life of two phones) turned out to be much better than I had anticipated but I was still quite pleased with the sound.

I began to assemble these sounds in the spring of 2019. A constant in the back drop of this albums production was news of climate changes very apparent impact on the globe. The world got the news from the top climate scientists at the U.N. that we have less than a decade to change the tide of climate change, Greta Thunberg and Autumn Peltier made international headlines for their activism to raise awareness. In the mean time I was running a label using reclaimed cassette tapes, and spending all of my free time designing and implementing a permaculture design on my land. Clearly the climate was on my mind. So I needed to make this album about climate change. This influenced all the track titles and the samples I used.

This album collages field recordings made over the span of 2017 - 2019. Most of the recordings were done in while traveling in Maine, Utah, New Mexico, North Carolina, and Costa Rica.


---
TOTES FORMAT in solidarity with indigenous anti-colonial struggle:
All benefits of this release and other releases on bandcamp friday [06/11/20] will go to the TINY HOUSE WORRIORS legal fee fundraiser: fundrazr.com/e1j5of?ref=ab_8CGSIBJ2TOa8CGSIBJ2TOa