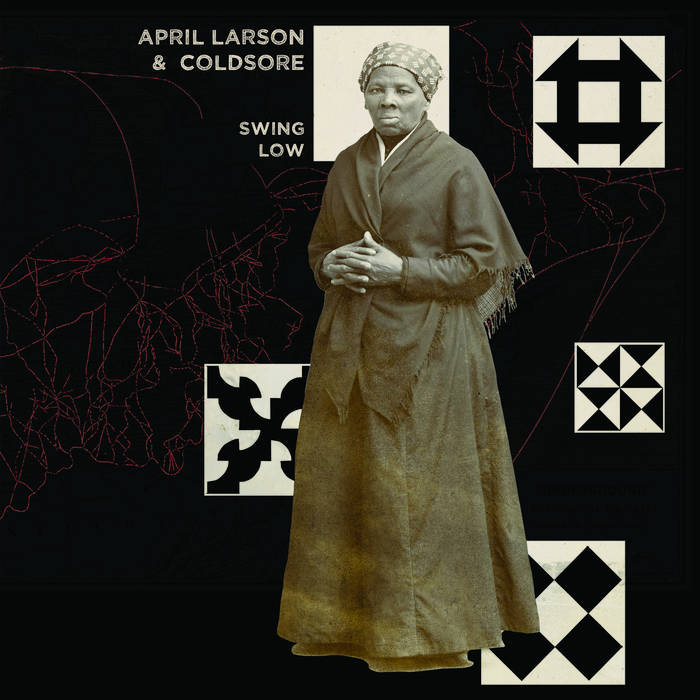 The longing for liberation of all oppressed runs deep in my (grm's) mind/life and often reflects in the releases of my projects. The idea to work with the traditional SWING LOW tune and it's symbolic(?) connection to the abolitionist UNDERGROUND RAILROAD in the so called USA, was originally a concept for THE BIG SLEEP (a long night of drones) event in 2020 in Helsinki. For a release of a reworked and much shorter version, i invited April Larson from Louisiana to contribute a topical track for a long due split-tape with COLDSORE. And here we finally have it, after quite a delay - before a global pandemic has hit us all and another hurricane has caused havoc, not only on April's home, but all the while the horrors of white supremacy have been a hegemonic principle of opression of all BIPOC people.

In memory of Harriet Tubman and the countless organizers and supporters of the abolitionist struggle, back then and now. The struggle continues!

200€ of the possible income will be donated to SOUTHERN SOLIDARITY: southernsolidarity.org

"Southern Solidarity is a grassroots, community-based group of volunteers in solidarity with the unhoused in their quest toward liberation. We organize the delivery of food, medical resources and basic needs directly to the unhoused in the downtown area of New Orleans because the government has not filled this need. We are influenced by anti-imperialist principles and mobilized by a black queer woman.

As a group of 30, we organize the daily delivery of food, medical resources, and other basic needs directly to hundreds of unhoused people in the downtown area of New Orleans because the government has failed to meet needs. Southern Solidarity is involved in both direct relief and consciousness raising efforts of members and recipients in our collective struggle for liberation. Some among us are undocumented, formerly incarcerated, unhoused, trans, activists but more importantly, all among us are anti-imperialist."

Disclaimer: TOTES FORMAT is an anarchist project, it does not fully align with marxist and absolutely not with most mao-leninist (or worse mutations of so called communism) ideologies, but that does not mean there shall be no solidartity with the crucial material work SOUTHERN SOLIDARITY has been and is doing. I write this, because i find points like this important to be transparent. Onwards!