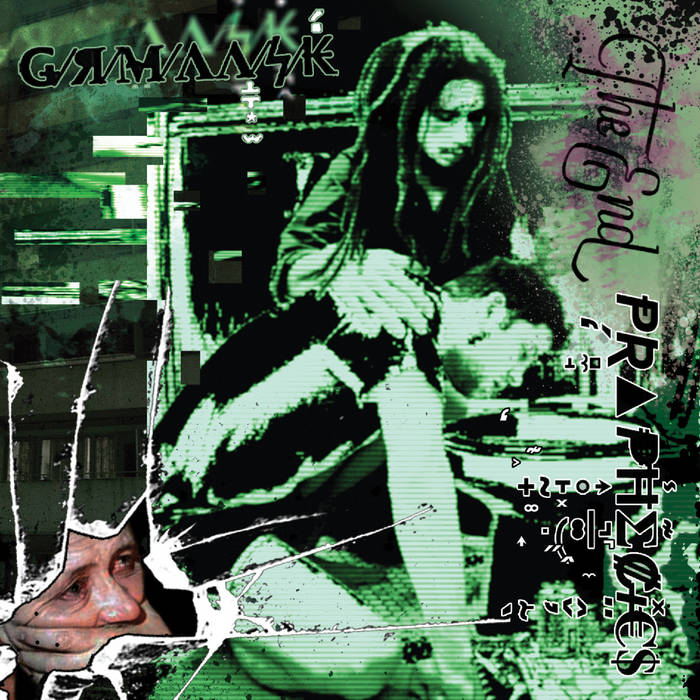 tobias_rieper Insane experimental dub. Very slow. This is really the end. Where can it possibly go from here? Favorite track: [not the] Σ͉̲͚͊ͣ̀͐͜И̝͎̪̉͑̓̊͆͊ͣÐ̷̫̼͓͈̖ͮ̓̔̾͌̇.

imagine winter in frosted hellsinki... stalking the dirty grey snowscapes of an urban nightmare with oldschool JA dub-classics in my ears, playing on my low-battery run walkman... the rhythm of reinforced concrete tombstones rammed into the hardned soil mixes with the off-beat, the foundation of new buildings... shelves for the livestock of this system, slaves of moloch, white material... the only lights are synthesized but very soon they will fade to black. this is white babylon and instead of burning, it will freeze and shatter, then melt like the rest of the horrid white world into a greygoo apocalypse.

reviews:
"The sounds on the tape lived up to the contents of the letter. Echo and reverb in the snow. The intensity of breakcore pitched all the way down, rasta vocals used to signify cosmic dread rather than urban street cred. Familiar reggae vocals twisted and made beautifully bleak. 'Downtempo' doesn't do it justice - one track features the riff from Dawn Penn's 'No No No' oozing along at the speed of a glacier" (turbulent times #9 / john eden)

"[...]Behind GƦΛΛΛΛϟK we find the same guy who does TOTSTELLEN, but instead of field recordings and heavily processing, he uses here his sampler to plunder all kinds of music, but mostly deconstructing - heavily - dub and reggae records. Don't expect anything traditional. Things are slowed down, EQ-ed to the max, with lots of overload. An almost noisy release at times, especially when GƦΛΛΛΛϟK isolated a single shot on the drums, or the toasting voice and stretches it out, along with some smaller blocks of the same thing as a rhythm. Quite a weird release and I am sure it wouldn't appeal to anyone who likes the genuine Jamaican stuff, but on the other hand - and I am on this side - if you like weird things done to music already out there, say roughly the edges of all sort of plunderphonics, then you might, just as I did, quite enjoy this. Strange stuff."
(vital weekly / F.d.W)

[samples belong to the original artist]