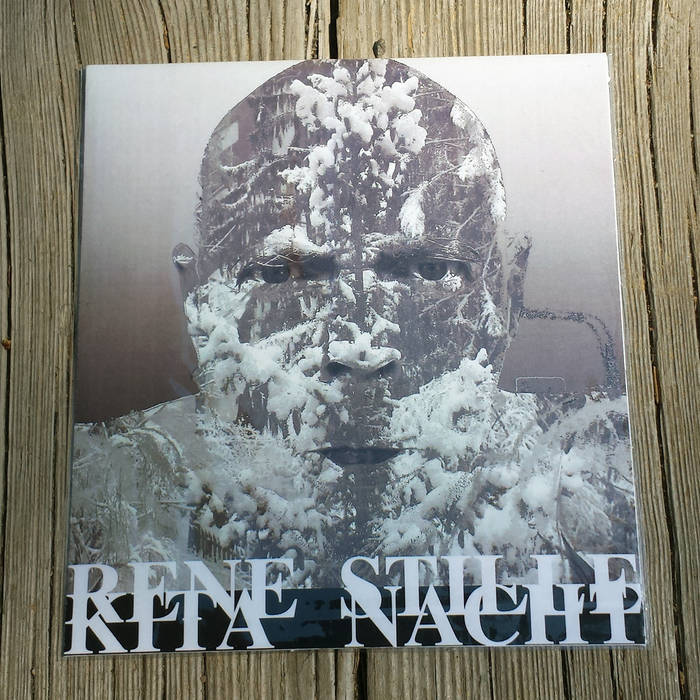 This is a slightly edited version of the RENE KITA release previously known as: A LAIDBACK NOISE. You can find it here: archive.org/details/ReneKitaALaidbackNoise

RENE KITA has been using a METSÄÄN ECHOBLENDER and other devices to create this track during the night of Xmess 2019.
STILLE NACHT is german for SILENT NIGHT, so please play this tune during all coming Xmasses as loud as you can and don't forget to sing along.

The 20 copies of this release contain one of 20 faces of RENE's ONE MILLION FACES BEFORE I DIE series. You will find all of the ones so far here: renekita.tumblr.com

RENE KITA has been describing himself a while ago in these words:

"The Finnish underground is a loose collection of networks with some individuals providing connections between the hippies, the laptop and junk electronics nerds, the free improvisers and the noise monsters. Me? I'm the last vague echo of the 1980s Geniale Dilletanten movement of Berlin, celebrating clumsiness and dissonance as a source of creativity, a mad hermit, raised in Germany, living in Finland since 1984, in occasional contact with people from all those 'scenes'."

"The incredible experimentalist Rene Kita seems to know how to capture certain things just right. Like this so called laid back noise work which to me comes across as if the artist had captured the sound of being at an busy birthday party, one that is buzzing with people and that certainly isn’t yours. I don’t know if you are the kind of person who feels anxious enough to have such an experience going on for yourself, but Rene Kita’s lengthy track over here feels as if the sounds of all the birthday chit chatting guests had gone to your head, bringing you into the moment in which you feel like you wish you could crawl into a hiding place and hope nobody would see your slight panic attack generated by social overload.

All of them vocal guests become one big blabla melting pot, an incoherent soup of words and your own head starts to create a bass to protect yourself from being overwhelming overwhelmed by it all. Faces become simply blurred, the environment too wild to wade yourself through. If you could just reach the bathroom in order to lock yourself up as a safety net – waiting till the party had slimmed down so you could grab your shoes for a run towards the nearest exit. But you just sit there -frozen – like a statue in time, truly hoping nobody at the party would see you, would ask if you are alright or start to silly talk about you.

Rene Kita might perceived it differently. Relaxing in this pool of mumbling mumbles as if it is a form of ambient music to chill out with. But to me it’s that recognizable soundtrack for being there at the wrong moment in time, at a party in which you either don’t know any of the guests, had the slightest connection with the birthday person and are all in the middle of it like a stressed out anti social experiment that you might wanted to hear differently. Luckily thanks to Rene Kita bringing this out as a free release, there is no need to explain your madness to a doctor anymore ; you could just play this work as a reference of what happens at such a party. Or simply could hear the ordeal in another context, safely from a safe environment to conquer your fears of finding yourself into such a crazy situation again. Hardening your mind so the next ‘someone else their birthday party’ panic attack can be approached better, more confident and trained in social mindfulness.

So from the bottom of my heart I thank Rene Kita for making this release, as it will help conquering the fearsome fears of being somewhere you didn’t really wanted to be, but also helping to explain ‘that anxious anxiety’ feeling to someone who is sane in the brain. Thank you!"