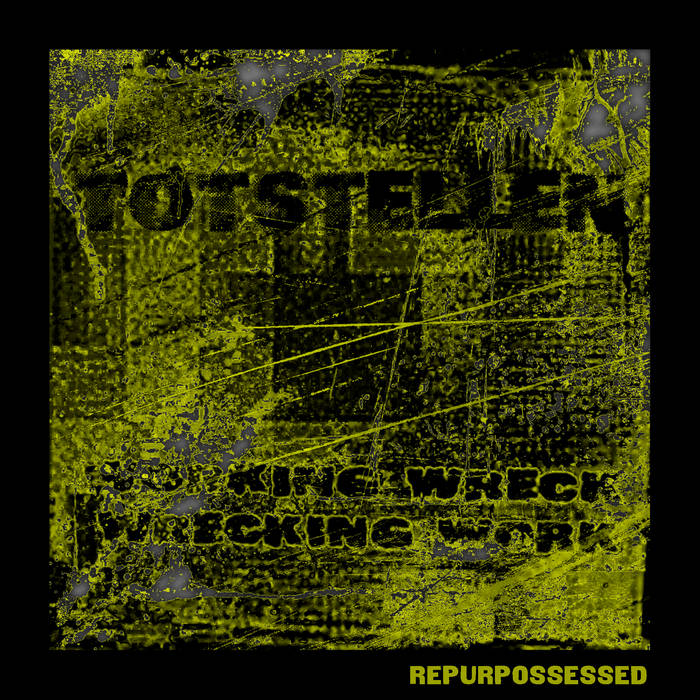 This is a 'repurpossessed' version of an old recording of a journey. It has not been accessible here before. I can imagine that a few of the listeners / downloaders here could like it as much as i still do. AND since some of you sometimes also spend some money on my releases, all profit of this release will be used to support the criminalized crew members of the IUVENTA, a rescue ship and project in solidarity with refugees on the mediterranean sea, that are purposefully left to drown (not just) by EU border agencies and policies, who shirk their responsibilities, while it is them, who are among the top exploiters and profiteers of wars in regions that are now too unstable to survive in for the people who flee from there and who risk their lives on their way to find safe harbors. More information about the work of and the case against the IUVENTA crew can be found here: iuventa10.org

SOLIDARITY IS OUR WEAPON!

Here's a slightly overworked text that was part of the original release:

"working wreck / wrecking work is based on concrete field recordings of a journey through germany, the netherlands, france and ireland; climaxing in a massive car crash, followed by a night in the overcrowded ER (track 05) of cork hospital. sounds from places like parking lots next to the freight train tracks, the ruins of nazi bunkers, sewage drains, crew-elevators to the engine room and park decks of the channel ferry, welding on the van before the journey and nightly bonfires in the bogs, etc. audible documents of the way damaged things / beings try to function (working wreck), slow and heavy movements and paralyzed static drones, self-destructive overloads / burnouts (wrecking work), harsh cuts in the static of hypnotizing sounds. strange / unhealthy results of a sickening production (work wrecks), deep depression, bitter frustration, draining tiredness. non-motivated progress + the urge to sabotage and disrupt the continuum (wreck works)."


The original material was recorded on mini-disc, edited, mixed and manipulated on a 4-track tape machine in 2003 until this broke as well, then i managed to digitally resurrect it in the beginning of 2004.


Released in 2005 by REDUKTIVE MUSIKEN, as a limited CD-r in a modified jewel case with screen-printed cover on transparent found + stolen material, limited to 75 copies. Later it was digitally re-released by AFFRONT DIGITAL in 2013.


Track 5 is only available in the album download and was not on the original CD-r.

This is a link to the by now abandoned dead end of the TOTSTELLEN webpage: www.telenautik.de/grimm/totstellen

"WELL now. Lots of incredible noise sounds here, transmutated and destroyed and corroded and refashioned, from mundane and traumatic life experience to high art. Any money made from this release will go towards the crew of the Iuventa, a rescue ship/crew that saved the lives of refugees in the Mediterranean when no one else would before the ship was siezed by Italian authorities and the crew charged with facilitating immigration, effectively branding them smugglers...." (bandcloud.substack.com/p/bandcloud-359)